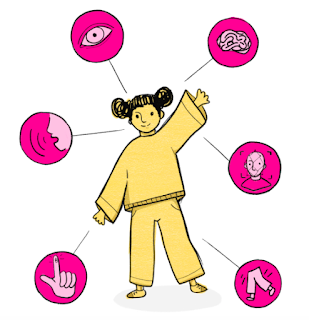 I co-authored a report with Jen Persson from DefendDigitalMe, 'The State of Biometrics 2022 - a review of policy and practice in UK education', which was published last week.  There is no collection, monitoring, record of biometric technology in schools held by any UK government department, regulator or commissioner so information in the report was obtained by Freedom of Information requests and research collated over the number of years I've been doing this blog.

There is definitely further research and questions to be answers and issues to be resolved following the publication.

Biometric technology has crept from school services, canteen, library, etc, into the classroom - where 'sensors' (cameras) now scrape data from children into a group view for teachers and management to gauge real time interest in lessons, engagement, attentiveness and emotion.  This behavioural data capture is classed as biometric data under the Protection of Freedoms Act, Chapter 2 (28)(2).

"ViewSonic Corp., a leading global provider of visual solutions, has partnered with the Smestow Academy in Wolverhampton, England, as the first school in the UK to deploy the AI-powered myViewBoard Sens analysis tool in the classroom. Through the real-time insights generated by the intelligent sensor, the school can ensure the classroom follows the wellness compliance, increase students' engagement, and facilitate a safe and active learning environment for the best possible learning outcome."

The Report in summary

The Protection of Freedoms Act 2012 and weak enforcement of data protection law are failing to protect millions of children from the normalisation of routine use of biometric data for everyday canteen and library transactions, and increasingly intrusive bodily surveillance in the classroom.

Pupils in the UK are effectively guinea pigs in the use of emerging technology for companies from around the world, including facial recognition technology that has already been banned from schools in other countries.

Some companies claim that their products can measure mood and attentiveness, or use artificial intelligence to manage behaviour-based classroom planning. Some companies even claim to be able to detect autism without any child development expertise.

How this normalisation and these emerging products may affect the full and free development of the child are yet to be seen.

Lord Paul Scriven said, “As parents you should be very worried and angry that private companies are seeking to make a profit from your child’s face, fingers, eyes and other personal characteristics while trying to pretend that it is all to aid their educational attainment. Where do we draw the line?”

Professor Fraser Sampson, Commissioner for the Retention and Use of Biometric Material and Surveillance Camera Commissioner and author of the report foreword, suggests there is inadequate oversight of school procurement among wide ranging comments.  “Some – including, surprisingly, the Department for Education – appear to have taken the view that bare compliance with Chapter 2 of the Act is all that is required to ensure the lawful, ethical and accountable use of biometric surveillance in schools.” He asks five key questions of practice in schools: Who's benefiting? Who's watching? Whose company are you keeping? Where's the push? And, Why the rush?

There are no UK national requirements for any quality or health and safety standards of biometric or AI technology when used by state schools, and no oversight or record of what is used where.